Dream upwards is where stories blossom

The side façade at the entrance to Westfriesgasthuis hospital in Hoorn has been renovated using the SVK Puro Plus façade panel. Architects’ office de Jong Gortemaker Algra, were given the task of giving this provisional façade a friendly and lively look. They certainly succeeded in their mission by combining the Puro Plus façade panel with floral artwork by Tijs Rooijakkers.

PURO PLUS: FRIENDLY & LIVELY NATURE The client originally wished to clad the façade with the SVK Ornimat façade panels. This was mainly due to its easy maintenance, the price per m² and the panel’s appearance. However, what the architects’ office de Jong Gortemaker Algra first had in mind was a green façade covered with climbing plants. With this option being inappropriate in terms of budget and maintenance, the search continued for a combination of façade panels with a friendly yet lively nature. 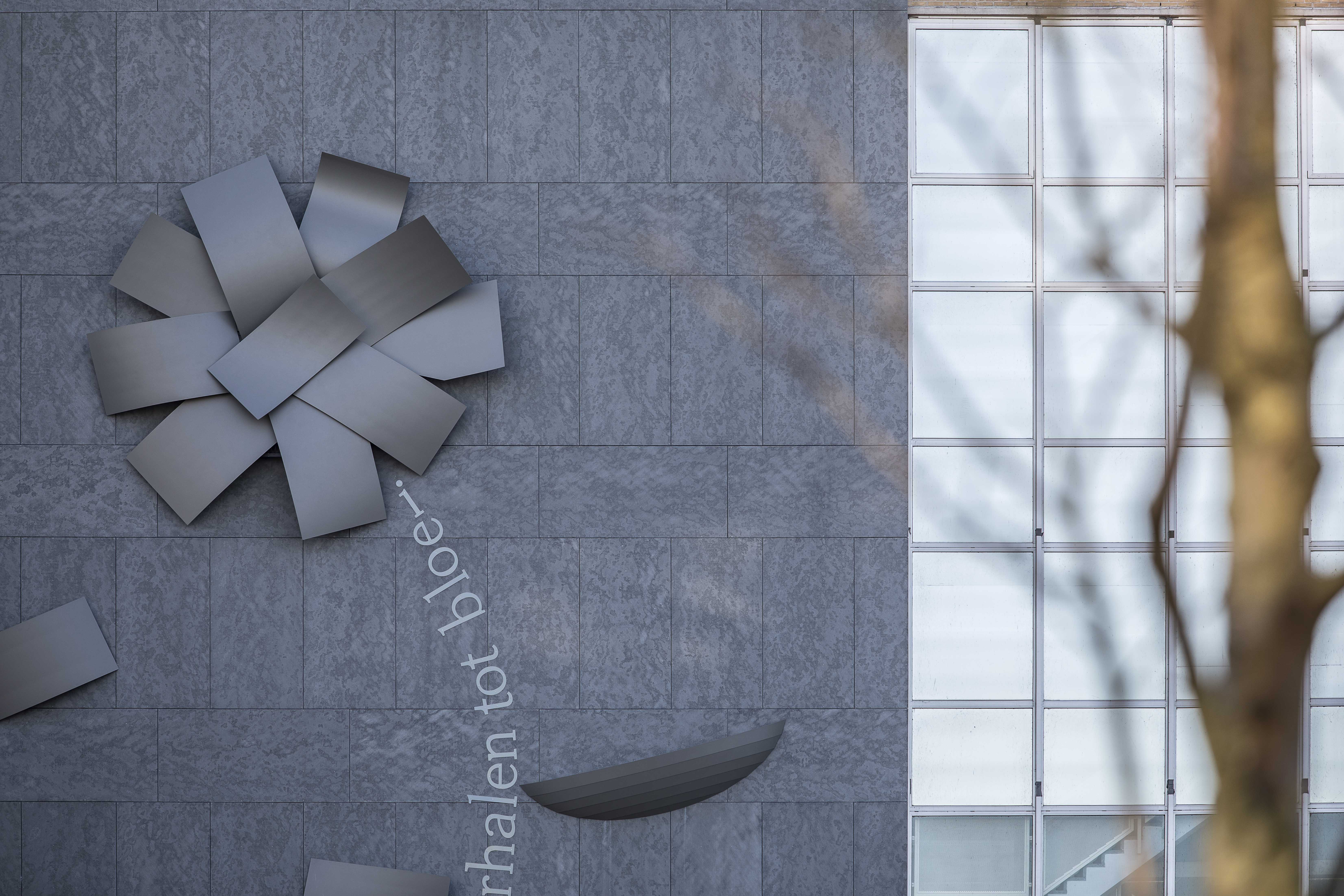 UNIQUE MATERIAL There were already several works of art by Tijs Rooijakkers in various parts of the building, which inspired the idea of using this façade for a prominent piece of his art. In the end, it was the Puro Plus and not the Ornimat façade panel that was chosen. Not only are these panels more cost effective, the appearance is also much more diverse. A coated surface always has the same appearance. The Puro Plus façade panel on the other hand creates a typical, natural play of shades of grey under the influence of changing weather conditions. The sanding effect also makes every panel unique. As a material, it is also just as discernible as concrete, for example. 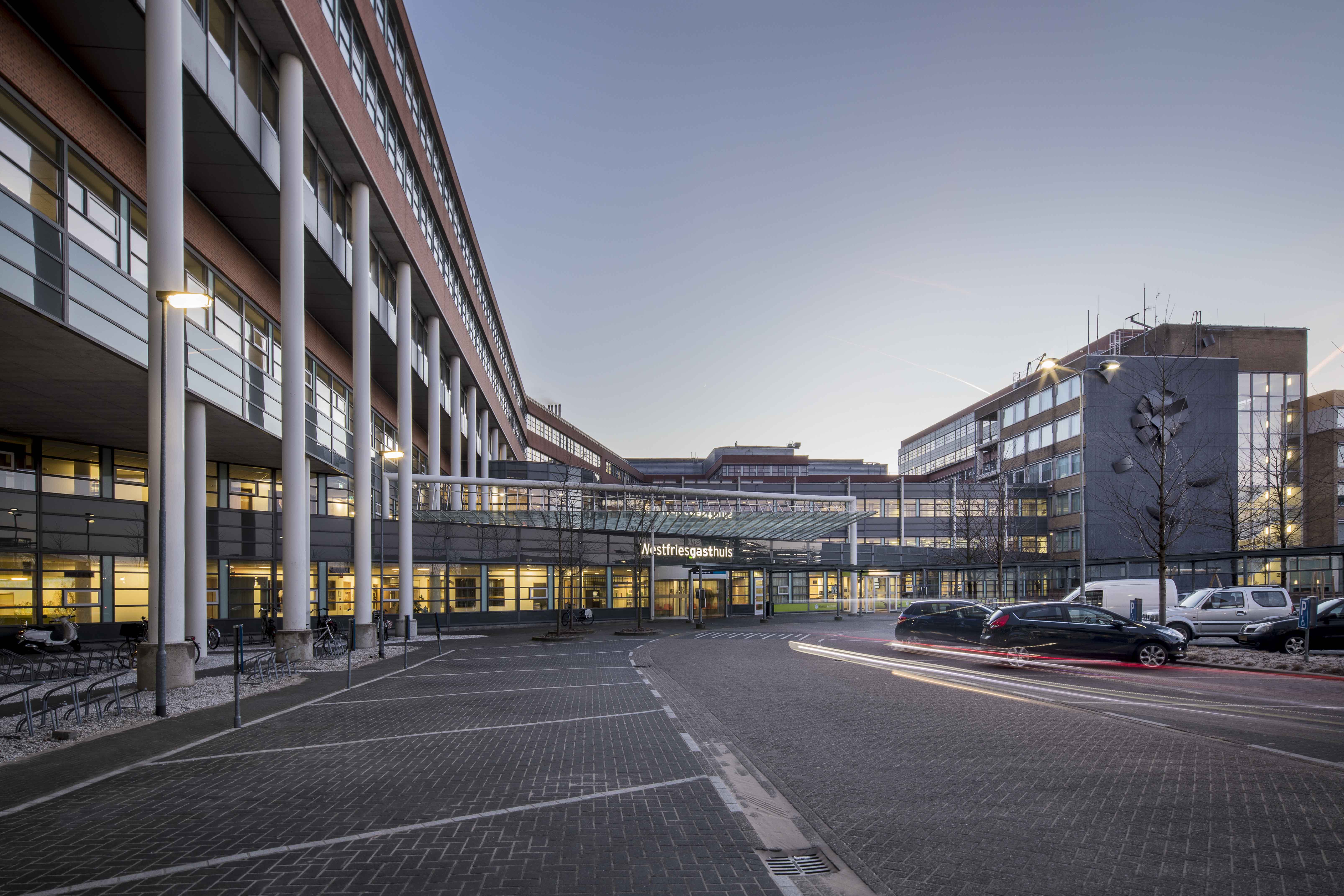 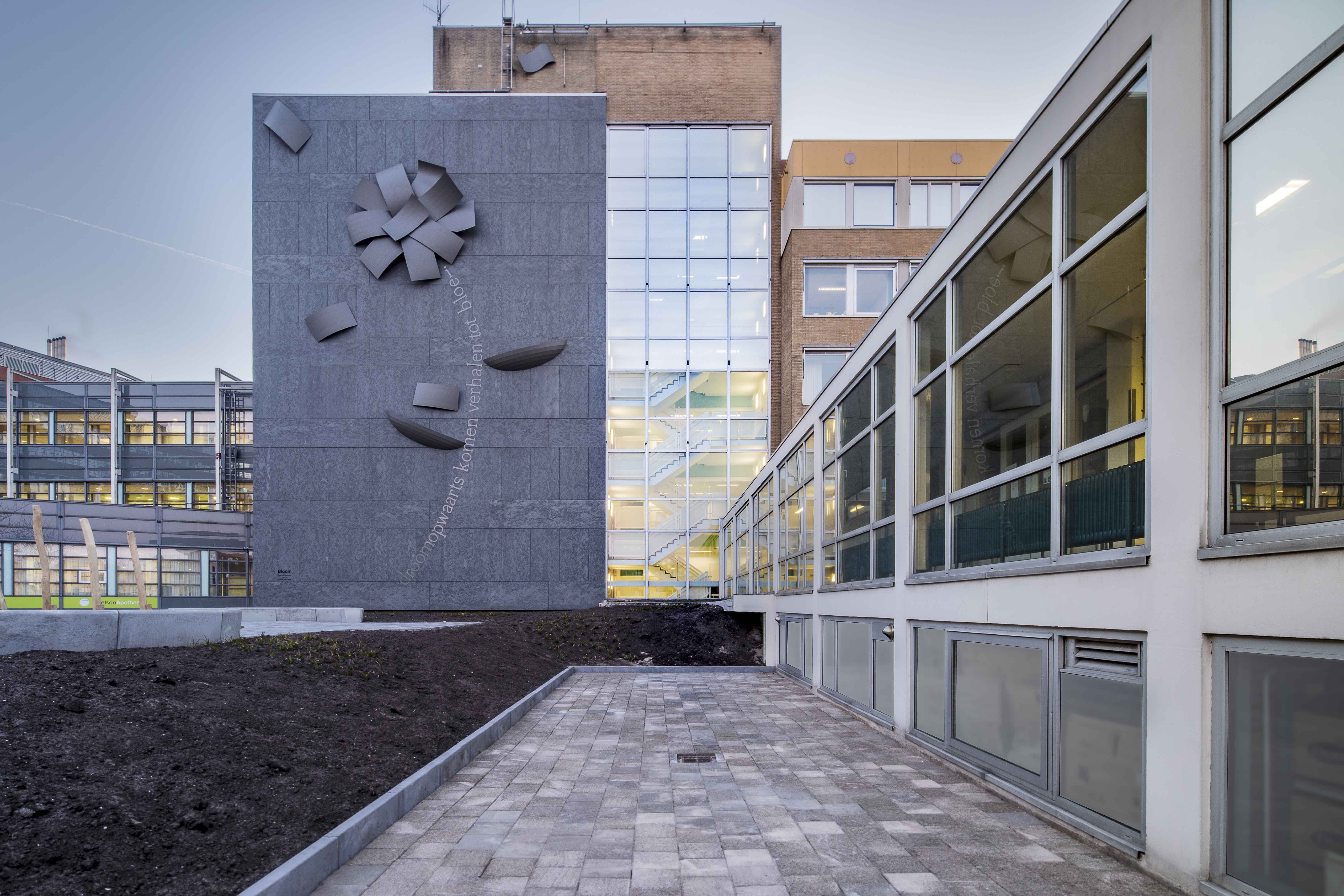 PETALS & SAILS The idea of a flower developed based on the dimensions of the wall and of the façade panels. The panels were imagined in a 3D form turning them into flower petals. Which in turn become the sails of a boat. Boats feature regularly in the work of Tijs Rooijakkers. He uses them to symbolise “activity”, “life as an adventure” and “travelling”. In this image, he plays with the boat and flower and they appear transformed, as it were. The text “droomopwaarts komen verhalen tot bloei” (meaning dream upwards is where stories blossom), by Merel Morre appears to complement this thought. The artwork and façade panels themselves can also be dismantled, allowing them to be rebuilt once the building is demolished.